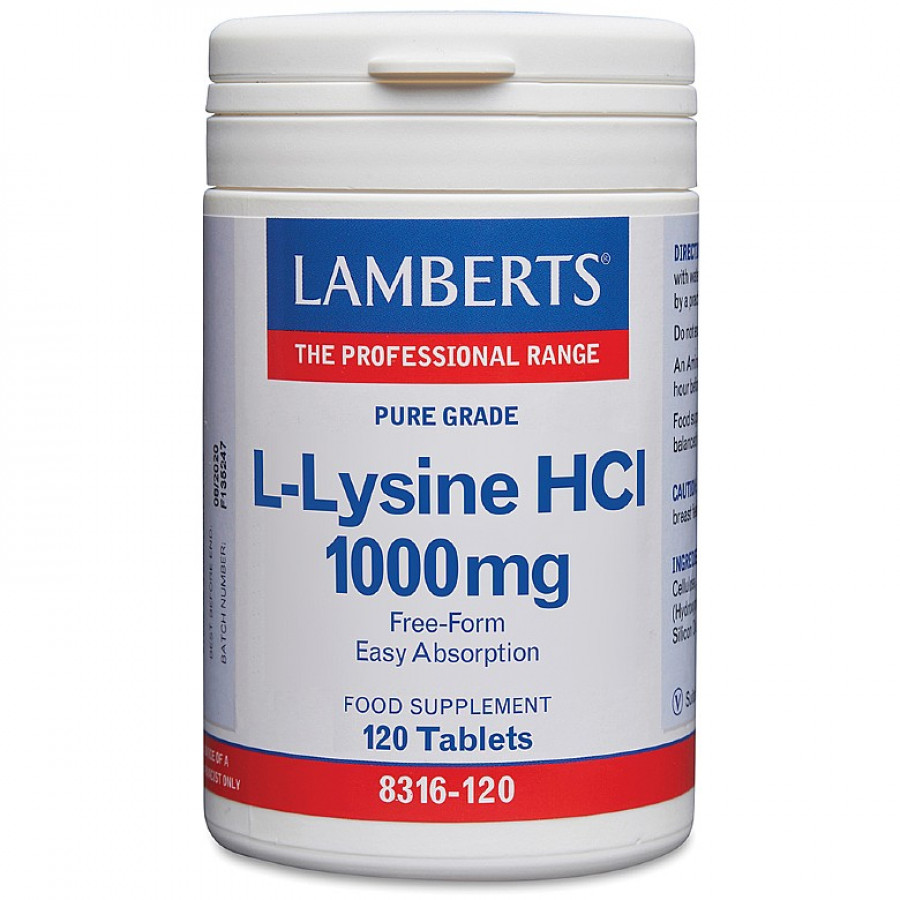 What is L Lysine dietary supplement used for?

Lysine is used by the Body in various ways and, particularly in the formation of collagen, the most abundant protein in the body. Practitioners often recommend lysine during an attack of Cold Sores since it appears to inhibit the replication of the Herpes Simplex (Type I) virus.

Why is Lysine important?

Lysine is an essential amino acid and is therefore one of the eight Amino Acids that our bodies cannot make, so we are completely reliant on our diets to provide sufficient lysine.

Lysine has a known anxiolytic action through its effects on serotonin receptors in the intestinal tract. Studies on rats showed that overstimulation of the 5-HT4 receptors in the gut were associated with anxiety-induced intestinal pathology. Lysine opposed the levels of serotonin and reduced signs of Anxiety and anxiety-induced diarrhoea. Another study showed that a deficiency in lysine lead to a pathological increase in serotonin in the amygdala, a Brain structure that is involved in emotional regulation and the Stress response.

The body requires 2-3g of lysine a day and it is most abundant in high-protein foods such as meat (specifically red meat, lamb, pork, and poultry), eggs, peas, soy and beans, Parmesan cheese, and certain Fish (like sardines and cod). Vegetables and vegetable proteins contain low levels of lysine, and so some experts believe that vegetarian and vegan diets may provide an insufficient intake of lysine.

No. Lamberts L-Lysine 500mg Tablets are not recommended for pregnant or lactating women.

Take 1 to 2 Lamberts L-Lysine 500mg Tablets daily with water or fruit juice, or as directed by a practitioner or pharmacist. An amino acid is best taken half an hour before any meal or at bedtime.

Lamberts L-Lysine 500mg Tablets should be stored in a cool dry place and protected from light.