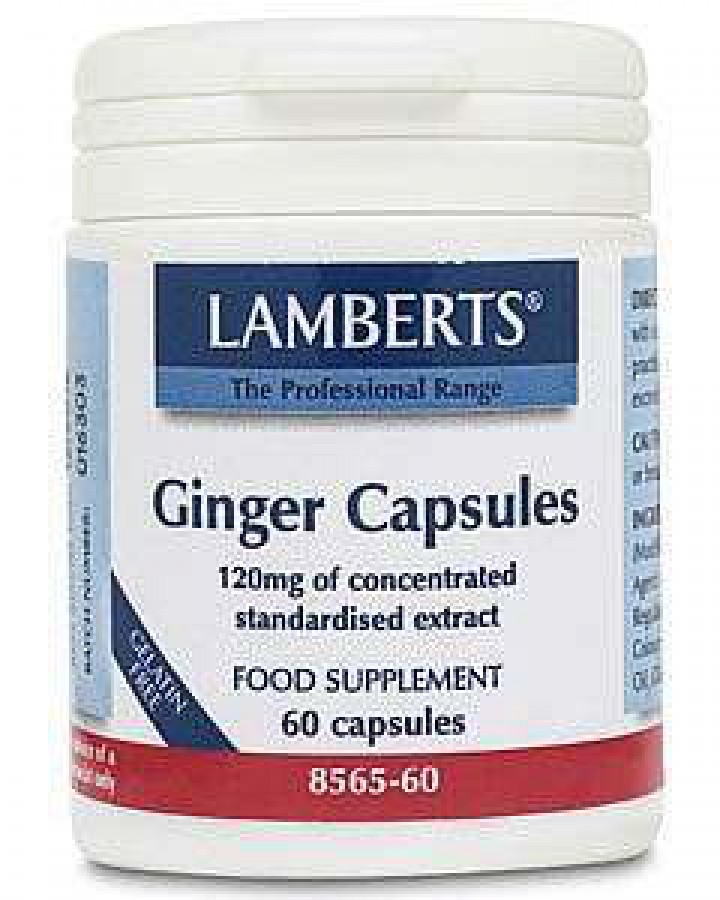 Lamberts Ginger 60 Capsules provide 24mg of gingerols, which are volatile compounds that are easily lost if Ginger is cooked, dried or crystallised. Very few Supplements provide this level of gingerols, and in fact many do not even declare a level on the label.

Ginger is well known as an aid to Digestion since its ‘warming’ properties means it has a settling effect on the system. In recent years, ginger supplements have been recommended as part treatment of the maintenance of Joints & Bones (alongside supplements such as fish oil and glucosamine) and for the treatment of Headaches.

The gingerols found in Lamberts Ginger, are a pungent compound and the active ingredient that frequently provides ginger with its healing properties. The active ingredients of ginger are used from a standardised extract that is concentrated down to a dark rich paste , which is dissolved into sunflower oil and supplied into Lamberts Ginger Capsules. Using this method ensures that the active constituents such as the gingeroles and zingerone are preserved. It takes over 14 grams of fresh ginger root to produce 120mg of ginger extract, the amount found in just one Lamberts Ginger Capsule.

Ginger (or ginger root) is is a flowering plant renowned for its stomach-settling properties. Native to parts of India and China as well as Jamaica and other tropical areas, this warm-climate perennial is closely related to Turmeric & cardamom, and its roots are used for culinary and therapeutic purposes. As a spice, ginger adds a hot and lemony flavour to foods as disparate as biscuits and roast pork. Medicinally, it continues to play a major role in traditional healing.

What is Ginger used for?

From ancient India and China to Greece and Rome, ginger was revered as a culinary and medicinal spice. Medieval Europeans traced the herb to the Garden of Eden. Valued by traditional healer, ginger is still widely used to prevent motion sickness and as a remedy for digestive problems. All around the globe, for thousands of years, this pungent spice has been popular as a treatment for digestive problems ranging from mild Indigestion and flatulence to nausea and vomiting. It has also been used to relieve colds and arthritis. Modern research in ginger's active ingredients confirms the effectiveness of many of these ancient remedies.

Take 1 Lamberts Ginger Capsule daily with a meal, or as directed by a practitioner or pharmacist.

Garlic for a health heart., My Nan used to take garlic tablets for her heart, I do too. Lamberts range are very good. 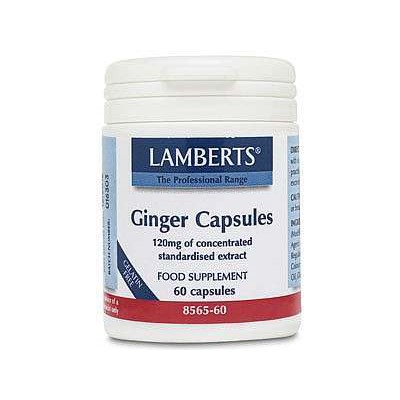 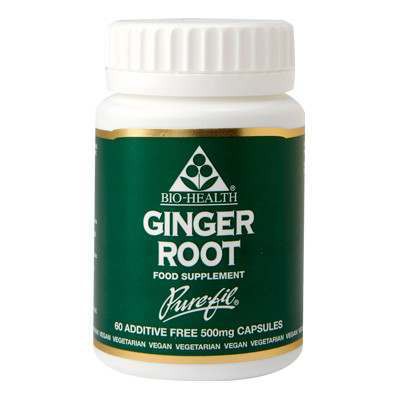