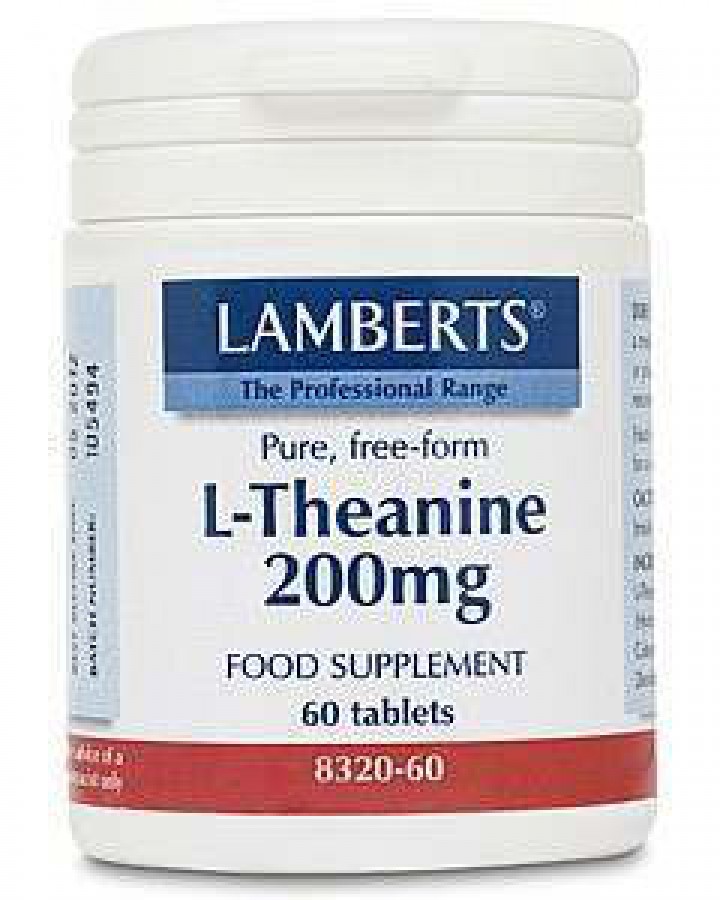 Lamberts L-Theanine 200mg 60 Tablets are full of the fascinating amino acid, L-Theanine, that is present in normal Tea and is believed to be responsible for that unique ‘nice cup of tea’ feeling. In fact, L-Theanine supplements like this one have become particularly popular in the USA, where they have been shown to raise levels of GABA (Gamma-aminobutyric acid) and alpha waves in the Brain. This can result in a calming effect without drowsiness.

Lamberts L-Theanine is one of the leading brands in the UK, and unlike most similar Supplements that need to be part of a regime for several weeks before any effect may be noted, Lamberts L-Theanine responds within the first few hours of use.

Studies have also shown that L-Theanine may help reduce the negative effects of Stress, prevent the symptoms of Cold & Flu, improve cognitive performance, relieve Depression and shows promise as a Slimming & Weight Loss aid too!

What is L Theanine?

Theanine is an analog to glutamine and glutamate, and can cross the blood–brain barrier. The L-enantiomer is the form which is found in tea and used as a supplement by humans. It was discovered as a constituent of green tea in 1949 and was approved in Japan in 1964 for unlimited use in all foods, with the exception of infant foods. It also provides a unique umami (brothy or savoury) taste and flavor to green tea infusion. In 1950, the tea laboratory of Kyoto successfully separated theanine from gyokuro leaf, which has high theanine content.

Does L Theanine keep you awake?

At present, little is known about the safety of long term theanine supplementation. Theanine is generally considered safe when consumed in Green Tea, however due to caffeine content the National Institutes of Health advise against drinking more than five cups of green tea daily. Excessive consumption of green tea may trigger certain side effects, such as Insomnia.

Take one Lamberts L-Theanine Tablet daily with a meal, or as directed by a practitioner or pharmacist.

Lamberts L-Theanine should be stored in a cool dry place.

Good supplement., I really like this supplement- I feel good for taking it.