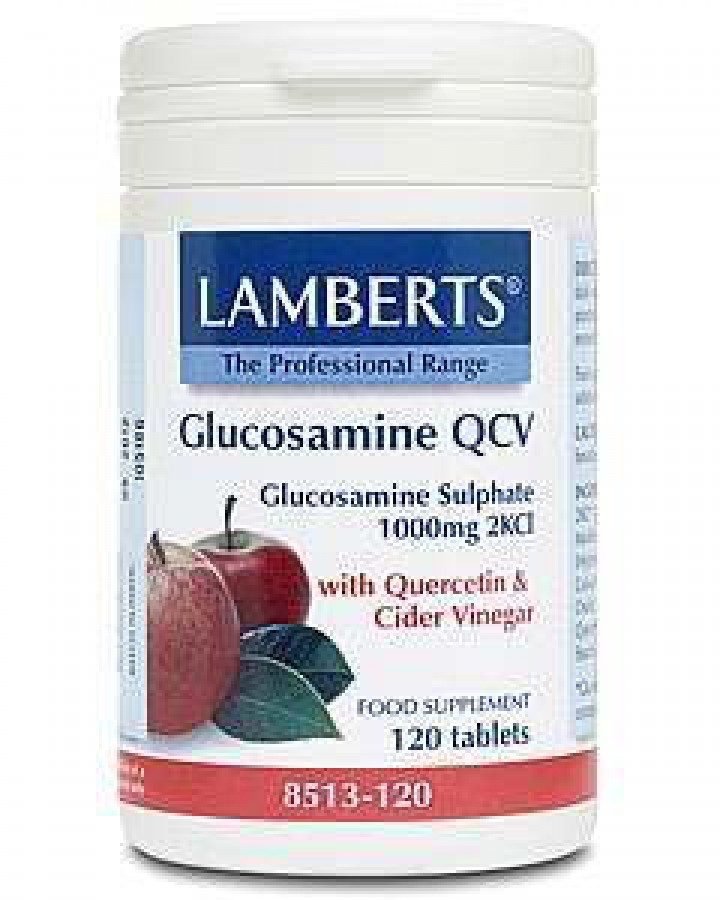 Glucosamine is now one of the most popular supplements in the world, which is why Lamberts Glucosamine QCV 1000mg 120 Tablets have a unique formula that provides a full 1000mg Glucosamine sulphate 2KCl, with the addition of Apple Cider Vinegar and Quercetin.

Apple Cider Vinegar has been used for centuries for numerous health reasons and Lamberts Glucosamine QCV provides the equivalent of a dessert spoon of cider vinegar per tablet. Lamberts have also included a pure source of quercetin, at a level equivalent to that found in four apples. This highly active bioflavonoid and potent anti-oxidant may also play a part in inhibiting the production and release of histamines.

Quercetin is a flavonoid, in other words, a plant pigment with a molecular structure, derived from flavone. It is found in fruits, leaves, grains & vegetables, and can be used as an ingredient in Supplements, Drinks & Beverages, or foods.

Quercetin is a naturally occurring polar auxin transport inhibitor, which is widely distributed in nature and has been used since 1857. In red onions, quercetin occurs in higher concentrations in the outermost rings and in the part closest to the root, the latter being the part of the plant with the highest concentration.

What is Glucosamine Sulphate?

What is Glucosamine Sulphate for?

When taken by mouth, Glucosamine Sulfate is a widely used supplement which may help ease the pain related to osteoarthritis, however it may also benefit those with other Joint Health & Inflammation issues.

Take 1 to 2 Lamberts Glucosamine QCV 1000mg Tablets daily with a meal, or as directed by a practitioner or pharmacist.

Lamberts Glucosamine QCV 1000mg Tablets should be stored in a cool dry place and protected from light.

Helps my joints, I've used these for some time and my joints thank me for it!