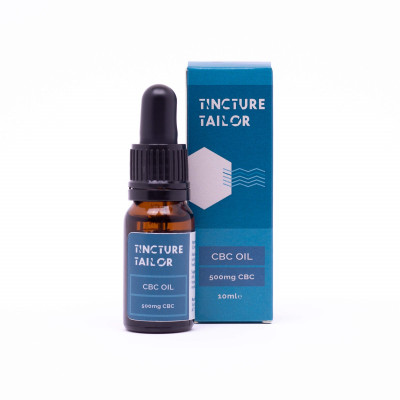 What is CBC Oil?

CBC oil, or Cannabichromene oil to be precise, is a common cannabinoid from Hemp plants which is manufactured into a liquid substance using full-spectrum extracts. CBC itself was first discovered in 1966 but it is only recently that significant research has been carried out to determine what exactly this cannabinoid does.

CBC  v CBD Oil. What is the difference?

CBC is often derived from the “stem cell” compound CBGa, which is better known as the starting point for many different cannabinoids. In most strains of cannabis, it is the third most abundant cannabinoid besides CBD (Cannabidiol) and THC (Tetrahydrocannabinol, a psychoactive constituent that causes a high). One of the main differences between the two oils is that CBC is often overshadowed by the breakaway popularity of CBD, not to mention the amount of research carried out upon each cannabinoid. What we do know is both oils feature non-psychotropic cannabinoids, which do not bind to the cannabinoid receptors. This means you will not experience a ‘high’ from either a CBC or CBD oil product. CBC is also believed to exert slightly different effects on the body compared to CBD, so the purported health benefits of both products may differ.

How does CBC Oil work?

When consumed under the tongue CBC oil attaches itself to the receptors in the body’s endocannabinoid system, binding to the TRPV1 (Transient receptor potential vanilloid subtype 1) and TRPA1 (Transient Receptor Potential Cation Channel Subfamily A Member 1) receptors. These receptors are extremely important for the wellbeing of our bodies, having an impact on pain and emotion to name but a few things. The longer an individual can hold CBC oil under their tongue, the more CBC will be absorbed.

What is the best way to take CBC Oil?

CBC can be incorporated into various therapeutic products, such as edibles or cartridges, however CBC Oil Tinctures are considered to be one of the most convenient ways to use CBC, which are taken sublingually.

Can CBC Oil help with Inflammation?

At the time of writing, CBC Cannabinoid Oil was in its infancy stages but nevertheless gaining traction as a therapeutic cannabinoid. Research was still in its early stages, however what little studies there were available tended to note that this compound has a number of health properties for encouraging overall wellness. In 2016, one such study concluded CBC to be a potential Acne treatment, with results showing that it had the ability to suppress oil synthesis in the human sebocytes skin cell, which over produces oil and therefore causes acne. Another study, upon mice however, did suggest that CBC may have the ability to positively act on pain & inflammation by modulating the proteins that cause pain. While this study didn’t involve humans, it does at least suggest that CBC could prove an effective inflammation relieving agent.

Where can I buy CBC Oil?

You can buy CBC Oil right here at Natures Healthbox. Why not give the ever popular Tincture Tailor 5% CBC Oil 10ml a try?