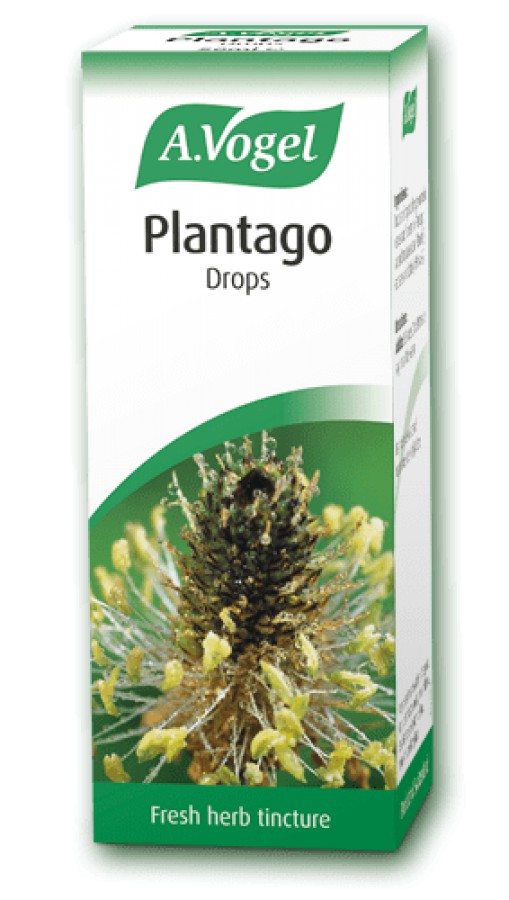 A.Vogel Plantago is a traditional herbal remedy used in the treatment of sinus congestion, catarrrh, and middle ear infections. This familiar meadow plant is one of the most commonly used by herbalists and even Alfred Vogel himself knew that Plantago's effectiveness was greatly enhanced when cultivated organically, free from any contaminants.

Plantago lanceolata, or as it is more commonly known, Lance Leaf Plantain, can be found in all but the most acidic grasslands in Britain and many parts of Europe. This perennial herb provides a nutritious food source to wildlife as well as agricultural animals. Culpepper, the well known herbalist, described the herb as both astringent and soothing. Some years later, Alfred Vogel also found Plantago to be one of the ‘undervalued’ plants used in healthcare.

Many individuals who suffer from catarrhal congestion, will most likely experience excess catarrh on a long term basis. Diet is often the cause, with sugar, white flour, and dairy foods being common culprits.

How can Plantago help?

Though it may taste bitter, antibacterial Plantago helps resolve and protect against ear infections & nasal congestion because it helps break down the bonds that form mucus.

Adults should take 15 drops of A.Vogel Plantago 2 - 3 times a day, in Mineral Water, while kids (aged 2-12 years) should take 1 drop per year of age twice daily in a little water.