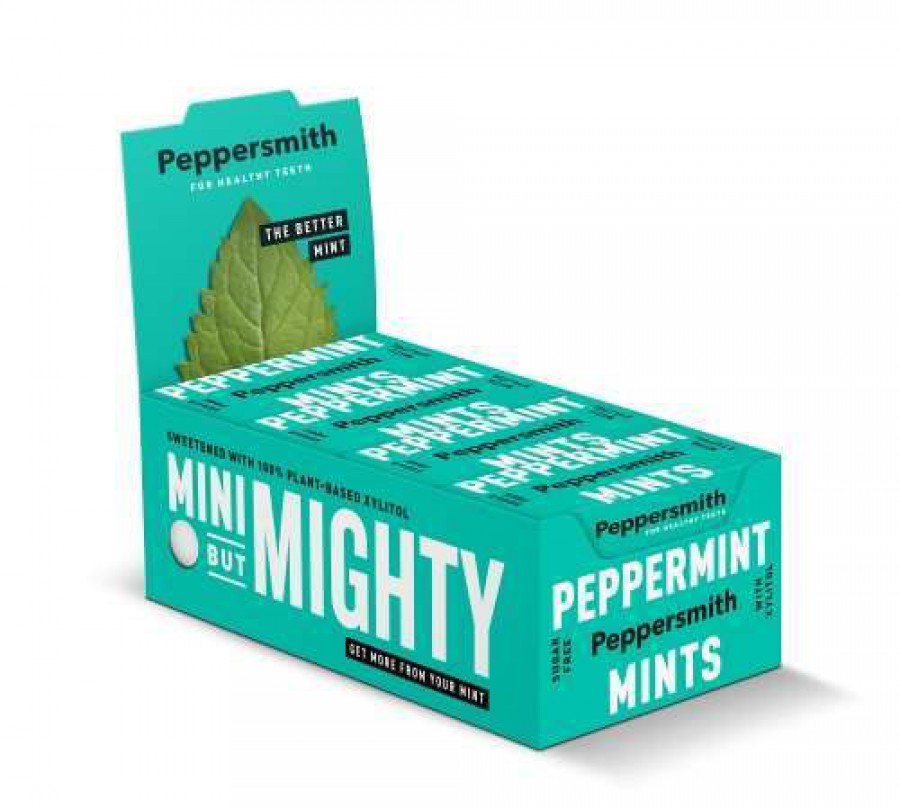 Peppersmith Peppermint Xylitol Mints have been made with high quality ingredients that are actively good for you. Instead of Sugar or chemical alternatives, each mint is sweetened with 100% xylitol - a naturally derived ingredient which helps keep teeth healthy.

How much xylitol do Peppersmith Peppermint Xylitol Mints contain?

Each Peppersmith Peppermint Xylitol Mint contains just over 0.55g (13.8g per pack) so you would need to have about nine mints per day to get the full benefits.

Consume approximately 9 Peppersmith Peppermint Xylitol Mints per day to get the full benefits. 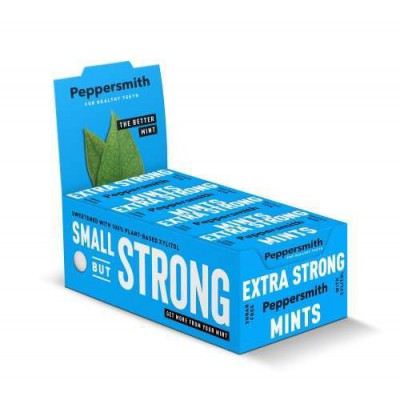 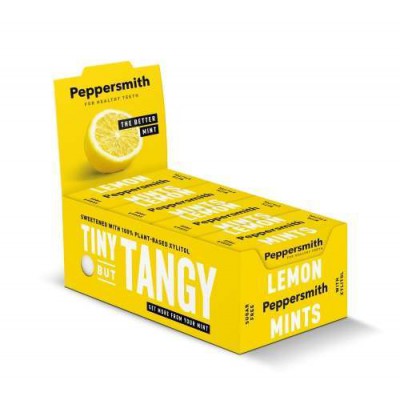 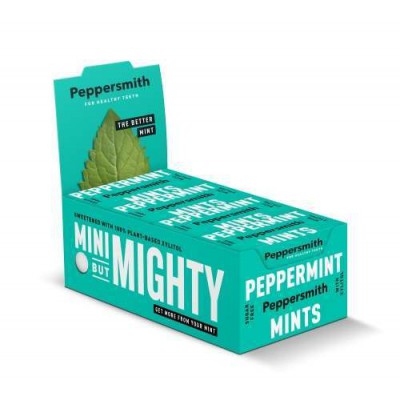 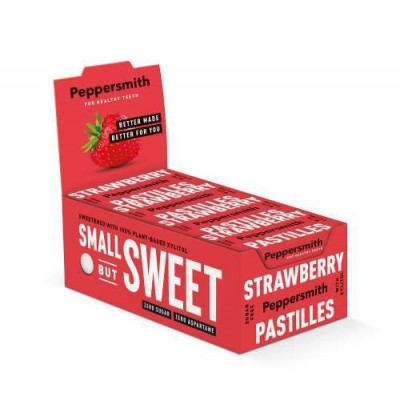