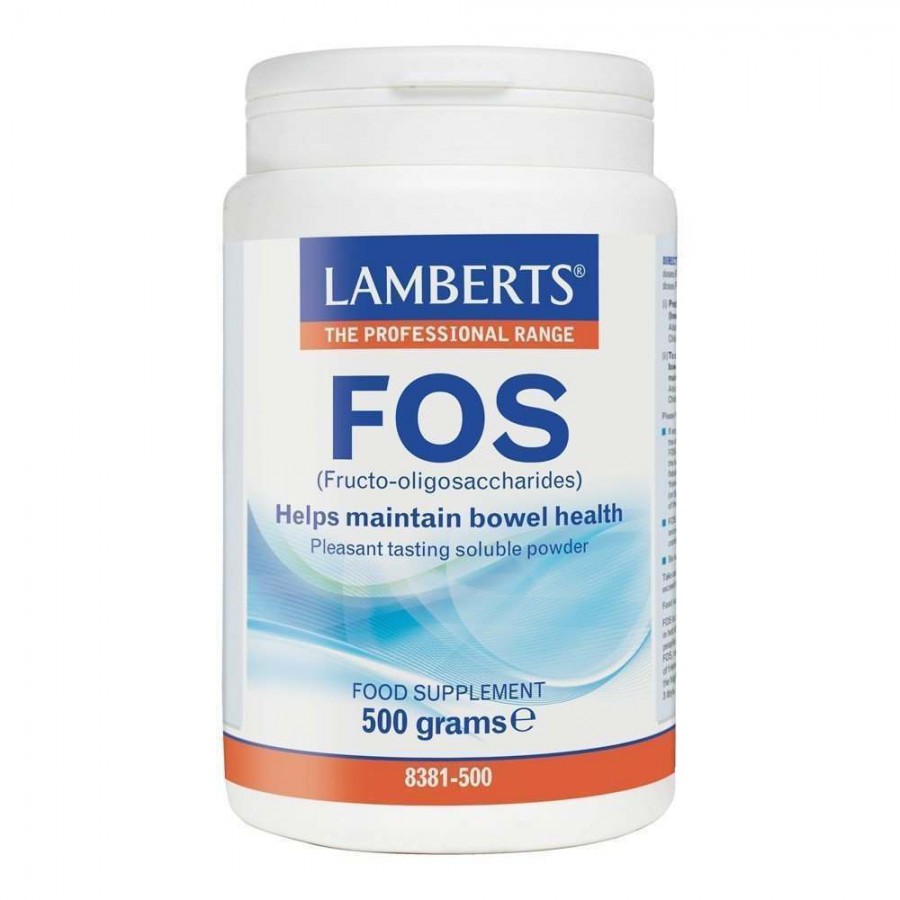 Lamberts FOS 500g Powder consists of a special soluble fibre called Fructo-oligosaccharides (FOS), which is found in many vegetables such as chicory and onions. Upon consumption of FOS it passes through the body's digestive system undigested, until it reaches the bowel where the friendly bacteria use it as a Food source. The result is a rapid growth in the ‘friendly’ bacteria, such as Lactobacillus and Bifidobacteria species.

After just 2 weeks of taking 8g of Lamberts FOS Powder daily, research indicates it can significantly increase the number of beneficial bacteria in the gut by up to 10 times, which explains why FOS is described as a Prebiotic.

Lamberts FOS Powder was formerly known as Lamberts Eliminex Powder and like its predecessor, is suitable for all ages, including children and pregnant women, as well as those on yeast-free diets and those on medication. FOS is suitable for consumption on a long term basis.

What is fructo oligosaccharide?

Fructo-oligosaccharides have been a popular dietary supplement in Japan for many years and are now becoming increasingly popular in Western cultures for its prebiotic effects. FOS serves as a substrate for microflora in the large intestine, increasing the overall gastrointestinal tract health. It is often considered as a suitable supplement for the prevention of yeast infections too.

Much research into FOS has found, together with inulin, that it can promote Calcium absorption within the gut. The intestinal microflora in the lower gut can ferment FOS, which results in a reduced pH. Calcium is more soluble in acid, and, therefore, more of it comes out of food and is available to move from the gut into the bloodstream.

FOS seems to be safe when consumed in less than 30 grams per day. They can cause flatulence, intestinal noises, bloating, stomach cramps, and diarrhoea. These effects however, are usually very mild if the dose is less than 10 grams per day.

Lamberts FOS may be used in one or two ways:

Dissolve in hot drinks or sprinkle onto cereal. Alternatively simply take it 'off the spoon'. Be sure to drink at least 2 litres of fluids a day.

Lamberts FOS should be stored in a cool dry place and protected from light.