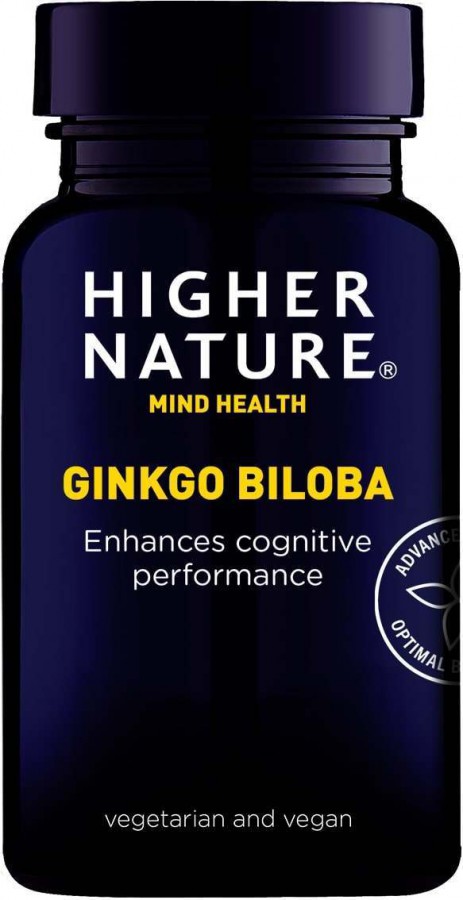 If you are concerned about your circulation or your Memory, Higher Nature Ginkgo Biloba Capsules may be a welcome addition to your daily supplement regime for long term use.

What is Ginkgo Biloba?

You may have heard of Ginkgo Biloba or even seen the tree - also known as the Maidenhair tree - with its unusual fan-shaped leaves and wondered why it is used in a supplement?

Being one of the oldest trees in existance, ginkgo has had a wide variety of uses down the centuries and has commonly been taken for circulation, memory, Anxiety, headache, tinnitus, vertigo, dizziness, difficulty concentrating, Low Mood, and hearing disorders. Ginkgo leaf and its extracts contain several active constituents including flavonoids, such as Quercetin, catechin and rutin. In Asia ginkgo leaves are infused in hot water and then drunk as a Tea, whilst its pale coloured Nuts are widely eaten as a tasty snack.

The therapeutic properties of the Ginkgo Biloba are thought to include the treatment of memory issues and blood disorders, the enhancement of Heart & Cardiovascular functions, and to improve Eye Health.

Adults & children over 12 years: Take one Higher Nature Ginkgo Biloba Capsule a day, with a meal.

Not suitable if pregnant, taking anticoagulant (blood thinning) medication, asprin or ibuprofen. Not available in Ireland.

Love these., These are ideal for when you are feeling a bit rubbish, or when you feel the start of a cold or sore throat. Really easy- just dissolve and drink.