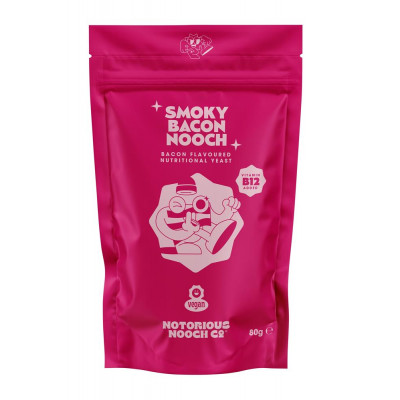 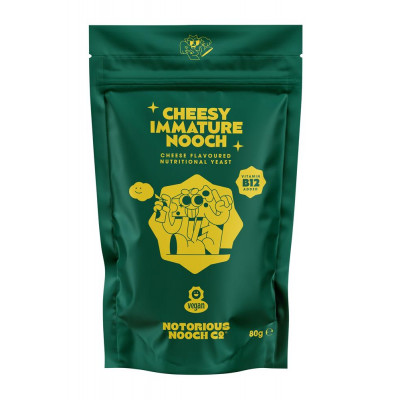 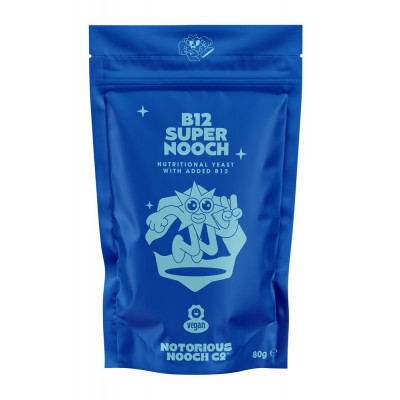 The Notorious Nooch Co are all-vegan masters of tasty nooch. Not only is their entire range free from animal products, they are also halal as well as kosher certified by the KLBD.

What does nooch stand for?

Nooch is an abbreviation of the phonetics of nutr(itional yeast), so therefore Notorious Nooch produces their naturally vegan additives from Yeast Flakes. Through a unique toasting and blending process, they have dialled up the flavours of what you love the most. Developing a plant-based, naturally-flavoured nooch that delivers a deep and rich hit to shake over your favourite foods.

How did the Notorious Nooch Co brand start?

It was founded by Stephen Wildish, the author of 'How To Vegan',  and Wildish & Co, a creative agency with more than eleven years experience in marketing, branding, and campaign management. During a vegan self discovery Stephen loved trying out new tricks to recreate the foods he enjoyed as a child. Drawing on the well publicised advice to use nutritional yeast for adding a cheesy flavour to vegan meals, Stephen personally found it never quite satisfied his cravings. In fact, nothing seemed to turn up the flavour without compromising on his newly founded vegan values, or featured a chemistry set of preservatives. Continuing his fun-filled food experiments, the Notorious Nooch Co was the eventual result of persistence and successful experimentation, which still to this day delivers an amazing, mouth-wateringly rich, cheesy hit, and a savoury bacon hit without harming a single hair on the head of any animal whatsoever.

Who are the Notorious Nooch Co’s target consumers?

According to the Vegan Society, twelve million people would follow a meat-free diet by the end of 2022, and one quarter of UK residents would identify as a vegan or vegetarian by 2025. The Notorious Nooch Co. is a natural flavour sensation for anyone looking to make the switch.

Flexible and versatile, Notorious Nooch Co.’s flavoured nutritional yeast flakes have a nutty, bacon or cheesy taste (similar to parmesan) depending on which product you choose. They can be sprinkled on pretty much anything, from pizzas, pastas, and pestos to chips, greens, and even popcorn.

Does nooch contain B12?

Notorious Nooch is naturally rich in B Vitamins like thiamin, riboflavin, niacin and folate. B vitamins are important for a wide range of cellular functions, like transporting nutrients throughout the body and breaking down carbohydrates.

What makes the Notorious Nooch Co stand out?

Whilst other deactivated yeast might claim the nutty, savoury flavour that has made nutritional yeast a vegan essential for some time, the taste of these products has become a little ‘samey’ which can make life a little boring for those following a plant-based diet. The Notorious Nooch Co is different, and their 2 notoriously delicious flavours deliver big on flavour but small on ingredients. Notorious Nooch Co B12 Cheesy Flavour Yeast Flakes 80g and Notorious Nooch Co B12 Bacon Flavour Yeast Flakes 80g have been created by toasting yeast flakes to bring out their natural intensity, with both containing fewer than five (all natural) ingredients.