15% OFF EVERYTHING THIS EASTER WEEKEND- USE CODE EASTER15 AT CHECKOUT

For The Latest Recipes & More

CBD vs CBG Oil: What is the difference? 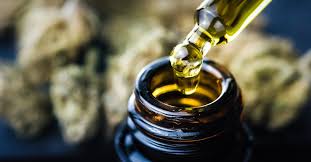 CBD vs CBG: What is the difference?

It is fair to say that since the first cannabis-based medicine became available in the UK under prescription back in 2015, products containing CBD (Cannabidiol) have since seen a significant increase in popularity over the past few years. As the second most prevalent active chemical compound in the marijuana plant, Cannabis sativa, CBD is certainly becoming the ‘must have’ ingredient in many supplements or skincare products. So as CBD continues to shake off the shackles of negative classification and incorrect links with intoxicating THC (Tetrahydrocannabinol), you may have seen another trending cannabis related compound slowly making its way to the forefront of the natural market, known as CBG, but what exactly is it?

CBG stands for Cannabigerol, and like CBD, is one of the several organic compounds (cannabinoids) which are found in the cannabis plant. CBG begins in an acidic form, known as CBG-A, which when heated will break down to form CBG and CBD, along with other cannabinoids such as CBD (Cannabichromene) and THC. It is this process that has earned CBG the name of ‘the stem cell of cannabis’ or ‘precursor to CBD’.

What do CBD & CBG have in common?

As we now know, CBG and CBD are both cannabinoids found within the cannabis plant. They’re both non-psychotropic too, which means unlike THC, they won't get you high and alter your state of mind in a way that could disrupt your everyday functions. And while there are many whispers of pharmacological overlap between CBD & CBG, research into their individual uses also suggest that they could well provide differing health benefits.

So what are the differences between CBD & CBG then?

When compared to the wealth of information on the actions of CBD & THC, at present CBG’s is relatively sparse. What we do know is that CBD and CBG are completely different in concentration and chemical structure, and when produced by the cannabis plant, CBG tends to be found in far lower quantities. It is for this reason that CBG is currently one of the most expensive cannabinoids to produce as the methods and materials required to isolate & purify it, such as hemp & raw cannabis, need to be far greater and 100% accurate.

What can CBD and CBG do for my health?

When it comes to the manufacturing of both CBD & CBG products there is significant litigation and regulatory risks that CBD or CBG brands must consider before making claims about the purported health benefits of their products. The most important requirements are that these claims must be easily understood by consumers and supported by scientific evidence. In Europe, the European Food Safety Authority (EFSA) has power to decide what health claims can & cannot be made, and as some manufacturers have already come under government scrutiny for wild, indefensible claims, many CBD & CBG brands tend to take the safe approach and market their products as a food supplement or wellness product.

So far science tells us that CBG has a greater influence ‘therapeutically’ on the CB1 & CB2 cannabinoid receptors in the brain than CBD, which tends to interact indirectly with the endocannabinoid system (a biological system of neurotransmitters within the human body). CBG has also been recognised as a ‘buffer’ to THC’s psychoactivity, which may in turn help to alleviate the feelings of paranoia that often come with THC intoxication. CBD may offer an option for treating different types of chronic pain, anxiety, and insomnia, where studies indicate it could not only help someone get to sleep but remain asleep too. CBG is thought to share CBD’s neuroprotective effects, when it comes to the treatment of Anxiety, but it is believed to be showing major promise for inflammation at the moment, particularly in the skin, bowels and lungs.

How do I take CBD & CBG? Can I take them together?

CBD is available in various forms, from CBD Infused Drinks to CBD Capsules & vapes, and can therefore be administered to suit the specific needs of the individual. However the most popular way of taking CBD is by an oil tincture, which can be quickly applied under the tongue for rapid absorption and convenience. If you’re curious about trying CBG your choices are limited at present, so you may wish to consider Naturalis CBG Oil Drops 500mg 10ml. Alternatively, a premium, full-spectrum CBD Oil will offer CBD & CBG together but the CBG content alone won’t be as high.

It’s certainly clear that both CBD and CBG are essential cannabinoids, and early studies are starting to show that they could be a promising treatment for several conditions. However, it’s important to keep in mind that at the time of writing, none of the above is definitive proof and it’s yet unclear exactly how we can use them both to their full potential benefits.

Posted in News By

{{var product.name}} was added to your basket.

{{var product.name}} was removed from your basket.